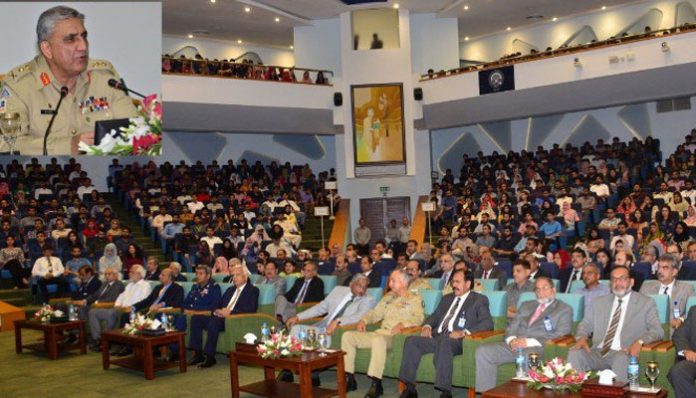 RAWALPINDI: Chief of Army Staff (COAS), General Qamar Javed Bajwa on Thursday visited National University of Sciences and Technology (NUST), Islamabad and appreciated improvement in its standing at the international level ranking.
The army chief said that NUST was a leading University in Pakistan, which would have presence in all four provinces after establishment of Quetta Campus, said a press release issued here by Inter-Services Public Relations (ISPR).
In addition, he said NUST was playing a pivotal role in producing a stream of scholars and engineers of highest caliber. He urged the youth to strive for excellence and always ask themselves what they could do for their country.
Earlier on arrival at the university, the COAS was received by Rector NUST, Lieutenant General (Retired), Naweed Zaman.