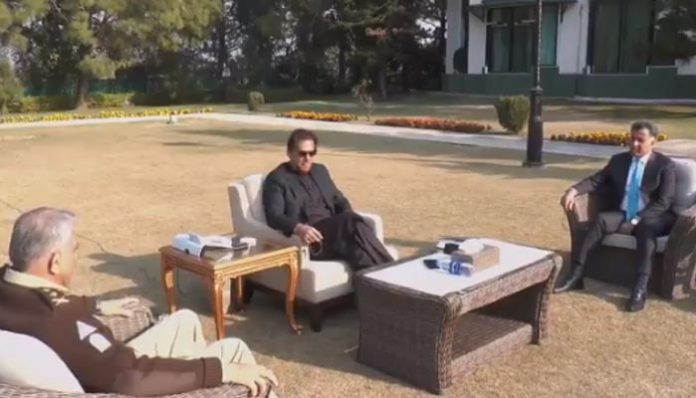 The prime minister’s office, in the tweet, mentioned that the Director-General of Inter-Services Intelligence Lieutenant General Faiz Hamid was also present during the meeting. According to the tweet, the prime minister, the army chief, and the intelligence’s top official discussed matters related to national security.

The development comes two weeks after the army chief and DG ISI had called on PM Imran Khan, and COAS Bajwa had vowed that the culprits behind the Machh massacre would be brought to justice. They discussed the national security situation and condemned the “unfortunate Machh incident”, said a brief statement issued by the PM Office.