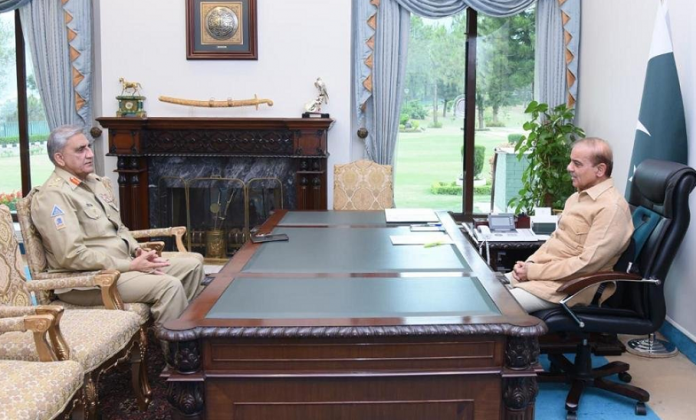 The meeting between PM Shehbaz and COAS Bajwa was held at the Prime Minister’s Office in Islamabad, say sources.

They said that matters pertaining to national security and regional situation were discussed in the meeting.

It is pertinent to note here that this is the second such meeting since Shehbaz Sharif took oath as Prime Minister of Pakistan.

The chief of army staff last met the prime minister in April.

“Professional matters pertaining to national security were discussed during the meeting,” a statement from the Prime Minister’s Office said.