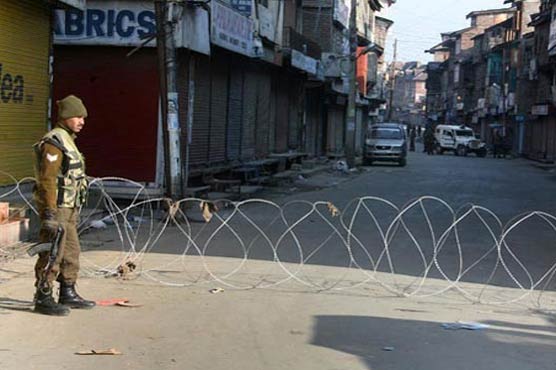 SRINAGAR: In occupied Kashmir, complete shutdown is being observed today (Monday) to mark the 35th martyrdom anniversary of prominent Kashmiri leader, Muhammad Maqbool Butt, who was hanged by the Indian authorities in New Delhi’s Tihar Jail on 11th of February in 1984.
Call for the strike has been given by the Joint Resistance Leadership comprising Syed Ali Gilani, Mirwaiz Umar Farooq and Muhammad Yasin Malik.
India had hanged Muhammad Maqbool Butt on 11th of February in 1984 and another son of soil, Muhammad Afzal Guru, on 9th of February in 2013 for their role in Kashmir freedom movement.
The JRL said that the struggle and sacrifices rendered by great leaders of Kashmiri freedom struggle — martyr Muhammad Maqbool Butt and martyr Muhammad Afazl Guru — were glorious chapter of Kashmir’s resistance history.