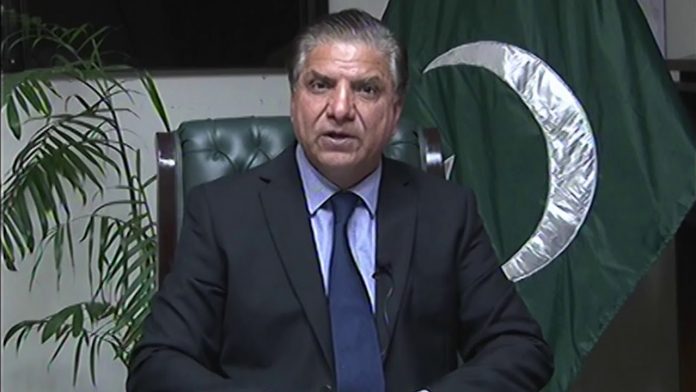 ISLAMABAD: Chairman WAPDA Muzammil Hussain says all the basic preparations have been finalized to launch the construction work on Mohmand Dam within next two weeks.
This he said during a press conference in Islamabad on Wednesday.
He said the project has been awarded to the joint venture comprising China Gezhouba, Descon and Voith Hydro after clearing all the codal formalities.
He said China Gezhouba has seventy percent share in the project while Descon and Voith Hydro have thirty percent share.
The Chairman said that all legal, financial and technical impediments in the way of construction of the Dam have been addressed. He said the government has expressed the resolve to provide all necessary resources for completion of this all important project keeping in view the growing water scarcity and to ensure food security in the country.
Responding to a question, Muzammil Hussain said it is the first project of its kind in which the tribal people have provided their land in a matter of few months in the national interest. He also acknowledged the sacrifices rendered by the tribal people living in surrounding areas of the Mohmand Dam Project for the peace and security of the country.
The chairman WAPDA said his organization is committed to regain its past glory by executing much needed major Water storage projects like Diamir Bhasha and Mohamand Dams.
He pointed out that WAPDA completed four important projects last year including Neelum-Jehlum hydro power, Tarbela-IV Extension, Golen Gol hydro power and Katchi Kanal projects. He said all the four units of Neelum-Jehlum Hydro Power Project are operational now, supplying cheaper Hydro electricity to the national grid.