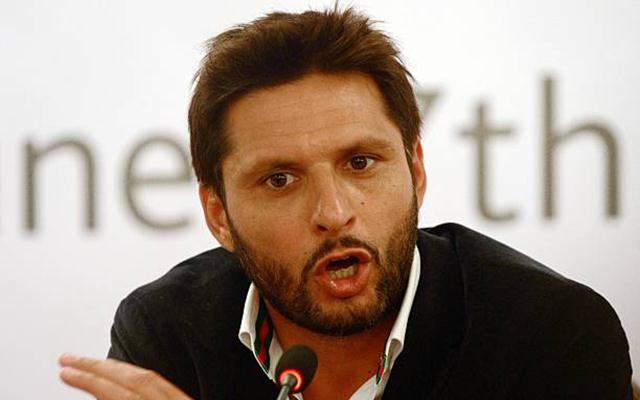 LONDON: Former cricketer Shahid Afridi has stirred a new controversy on either side of the border with his comments about Indian Held Kashmir (IHK).
“Kashmir is not an issue but the world has turned it into an issue,” Afridi said while addressing students at the British parliament on Wednesday.
He said, “I say…Pakistan does not want Kashmir. Don’t give it to India either. Let Kashmir become its own country. At least humanity should stay alive. The people who are dying, at least that [bloodshed] should not happen.”
“Pakistan can’t take care of its four provinces. Do not give it to India either. Pakistan does not want Kashmir either. Humanity is a big thing. The people who are dying there, it hurts us. Any death, whichever religion they belong to, is painful,” he said.
When the comments started making rounds on media both in Pakistan and India, Afridi soon issued a statement on social media, clarifying his remarks and accusing Indian media of misinterpreting his comments and presenting them out of context.
“My comments are being misconstrued by Indian media! I’m passionate about my country and greatly value the struggles of Kashmiris. Humanity must prevail and they should get their rights,” Afridi said in a tweet.
He added, “My clip is incomplete & out of context as what I said before that is missing. Kashmir is unresolved dispute & under brutal Indian occupation. It must be resolved as per UN resolution. Myself along with every Pakistani support Kashmiri freedom struggle. Kashmir belongs to Pakistan.”