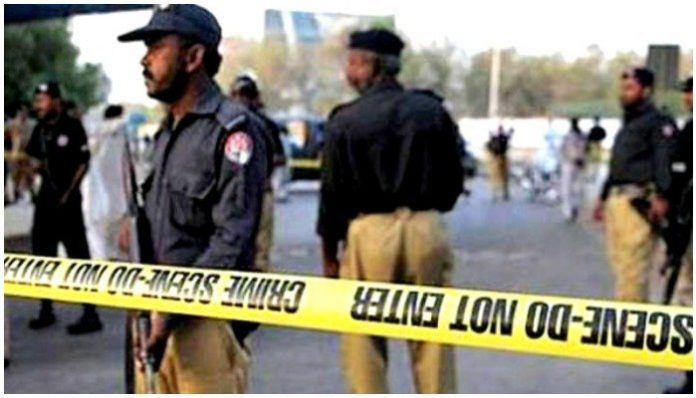 One policeman was martyred and another injured after a hand grenade was thrown at a police van in Peshawar, Khyber News reported Friday.

Officials say that the police van was stationed at the Karkhono Market when the hand grenade was thrown on it by unidentified suspects. They added that the suspects fled the scene after throwing the grenade.

Law enforces said that rescue teams and additional police personnel have been dispatched to the crime scene. The martyred cop’s body and the injured have been admitted to the Hayatabad Medical Complex.

CCPO Peshawar Abbas Ahsan, speaking to the media, on the site of the blast said that the police are examining the incident from all angles. He added that they are trying to determine whether it was an terrorist attack or an accident.