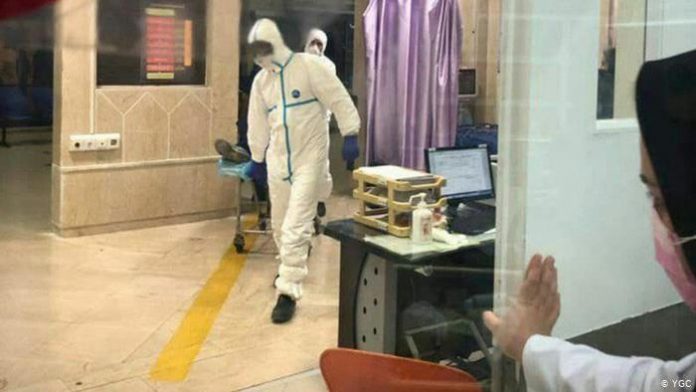 KARACHI: The government of Sindh on Friday has confirmed another case of coronavirus after which, the toll in Pakistan has reached 21.
According to details, 52-year-old patient had arrived from Islamabad two days ago and was tested positive today.
This brings the total number of cases to 15 in Sindh out of which 13 are in stable condition while two have been discharged, the department of Health and Population Welfare in Sindh tweeted.
The authorities said that the precautionary measures are being taken to prevent the spread of this disease in the country.
Earlier, Sindh government had announced that public and private schools in the province will remain closed till May 30 following a jump in coronavirus cases in the province.
The decision was made during cabinet meeting presided over by Sindh Chief Minister Syed Murad Ali Shah. The government had also decided to postpone examinations of grades 9 and 10.
It is to be mentioned here that The number of novel coronavirus cases globally stood at 125,293, with 4,600 deaths, across 125 countries and territories, according to a tally compiled by AFP from official sources.
Asia recorded a total of 90,765 cases (3,253 deaths), Europe 22,969 cases (947 deaths), the Middle East 9,880 cases (364 deaths), US and Canada 1,194 cases (29 deaths), Latin America and the Caribbean 197 cases (two deaths), Oceania 155 cases (three deaths), Africa 130 cases (two deaths).