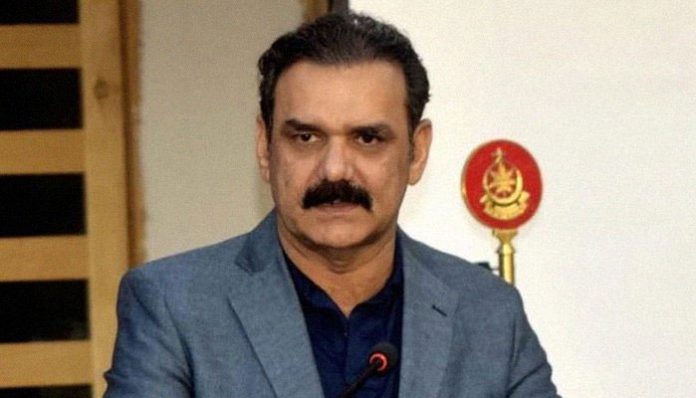 TAXILA: Chairman China-Pakistan Economic Corridor (CPEC) Authority and SAPM on Information and Broadcasting Lt Gen (retd) Asim Saleem Bajwa said despite the coronavirus pandemic, the progress of the multi-billion dollar project has not been hampered.
Addressing an agreement signing ceremony between CPEC Authority and Chines companies in Taxila, SAPM Bajwa said the signing of agreements between the two countries over various new projects will bring even more investment to Pakistan. “The agreement will boost foreign investment in the mega project leading to prosperity in the region,” he said.
“CPEC is a reflection of the brotherly relations between Pakistan and China,” Lt Gen (retd) Bajwa said.
He added under Phase-1 of CPEC, eight energy projects have been completed and nine others were well on their way to completion.
“Projects worth Rs12.5billion have been completed under Phase-I of CPEC, while those costing around Rs14 billion are underway,” he said.
“Under phase-II, new Railway tracks will be constructed and existing tracks will be extended, which will further improve performance of Pakistan Railways,” he said.
He added that CPEC has now become a reality. “Through this, we are going to reduce the burden of loans and we are going for business to business cooperation and are looking at direct foreign investment. We are looking at individual entrepreneurs and investments, who will partner with Pakistani companies,” the SAPM added.
He added in the coming days, cooperation between companies will increase and that the public will get to see a lot of activity under the banner of CPEC.
A day earlier, the SAPM had rejected reports of work slowing down on the mega project and said, “Some detractors are giving false impression of CPEC being slowed. Not only the pace of work on the projects under CPEC picked up, the groundwork of CPEC phase-II had also started recently.”