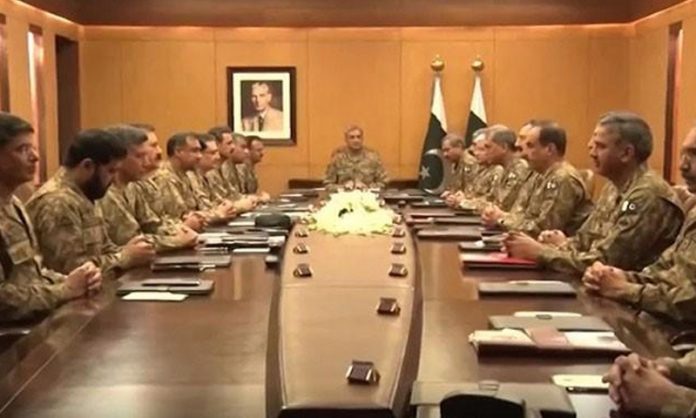 RAWALPINDI: The Corps Commanders on Tuesday met in Rawalpindi to review the internal and external security situation of the country Inter-Services Public Relations (ISPR) said in a statement.
The Corps Commanders Conference was presided over by Army Chief General Qamar Javed Bajwa.
A statement issued by the Inter-Services Public Relations (ISPR) said the forum discussed internal and external security situation of the country as well as progress on operation Radd-ul-Fasaad.
The military top brasses resolved to double efforts for durable peace in the country and the entire region. The military commanders also resolved to continue military operations to purge the menace of militants from the country.
During the Corps Commanders conference, the Khushal Balochistan Program was also discussed to facilitate the people of the province.