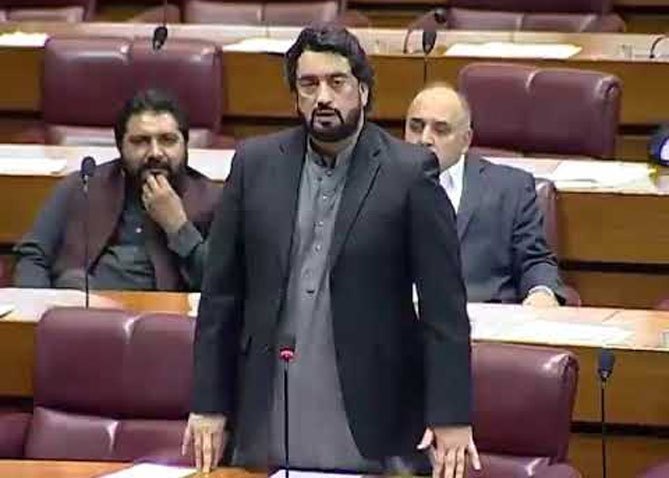 ISLAMABAD: The National Assembly is continuing discussion on the budget for next fiscal year.
Participating in the debate, Minister of State for States and Frontier Regions Shehryar Khan Afridi said the present government under the leadership of Prime Minister Imran Khan will succeed in transforming this country and earn a respectable place for the country in the comity of nations.
He said nobody is above the law and the corrupt elements will face accountability at all costs.
Participating in the debate, Amir Haider Khan Hoti said salaries of government employees should be increased by 25 percent instead of 5 or 10 percent. He said tax imposed on Tobacco growers in the new budget should be withdrawn. He said the tax should rather be increased on tobacco companies and the smokers.
Responding to points of ANP Leader Amir Haider Khan Hoti, Minister of State for Parliamentary Affairs Ali Muhammad Khan said that it has been decided to withdraw the tax imposed on the tobacco growers. He said the burden of the tax has now been shifted to the end user.
Muhammad Alamgir Khan of PTI highlighted the problems faced by Karachi and said sufficient funds should be allocated for development of the metropolitan.
Hina Rabbani Khar said development funds should be provided to the elected representatives without any discrimination. She also expressed concerns over economic situation of the country saying the PTI government has failed to fulfill any of its commitment.
Minister for Defence Production Zubaida Jalal said the present government is giving special importance to the development of Balochistan province. She said it is the first time that fourteen percent of the total federal budget has been allocated for Balochistan. She said it is also the first time that the government is reaching out to the poorest of the poor.
Hussain Elahi said previous PML (N) government is responsible for the current economic situation of the country. She said the previous government also did not pay any attention to bring improvement in the education and health sectors. He appreciated the incumbent government for focusing on the human development.
Maryam Aurangzeb said government has not allocated any amount to address the issue of malnutrition in the country.The health department has decided to continue screening of the patients in the area.