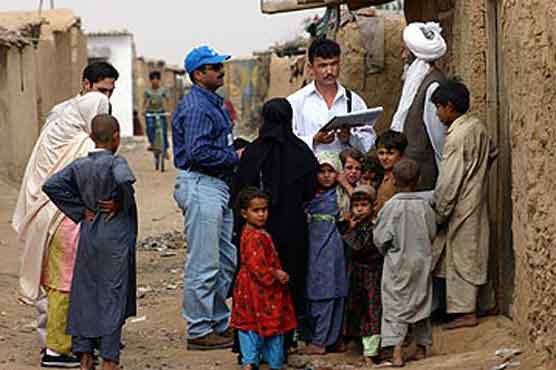 PESHAWAR: The second phase counting of houses in 14543 blocks have been successfully completed in 12 districts of Khyber Pakthunkhwa and six tribal agencies during the ongoing sixth national and population census 2017 whereas counting of population was smoothly underway amid tight security arrangements.
Senior officials of Pakistan Bureau of Statistics (PBS) Peshawar told APP on Tuesday that the process of enlistment and counting of houses in the second portion of the 2nd phase started on May 11, was successfully completed on May 13 in the 12 selected districts of KP and six tribal agencies of Fata whereas counting of population commenced on May 14, would be completed by May 24, 2017.
The enumerators along with relevant staff has completed housing census process in 14543 blocks including 11000 blocks in 12 KP districts and 3543 blocks in six tribal agencies of Fata while counting of population was currently underway in these areas peacefully, they said.
The 12 districts and six tribal agencies where process of counting of housing has completed include Bannu, Kohat, Karak, Tank, Malakand, Upper Dir, Lower Dir, Chitral, Swat, Kohistan, Bunner/Daggar, Shangla and six tribal agencies namely Mohmand Agency, Khyber Agency, Kurram Agency, Bajaur Agency, South Waziristan Agency and North Waziristan Agency.
In the first portion of the second phase, the counting of houses and population was completed on April 25 to May 8. Whereas, the second portion of the 2nd phase was commenced on April 25 and will continue till May 24 in above districts and tribal agencies.
The first phase of the ongoing census has already been successful completed in 13 KP districts including Peshawar, Mardan, Swabi, Charsadda, Nowshera, Lakki Marwat, DI Khan, Hangu, Abbottabad, Haripur, Mansehra, Batagram, Torghar and Orakzai Agency during March 15 to April 15, 2017 where counting and enlistment of houses and population in 11250 blocks were successfully completed, the officials said.
The officials informed counting of Temporarily displaced people of Fata who are living either in camps or with relatives was also underway with assistance of Ministry of SAFRON and Fata Disasters Management Authority (FDMA).
The official said TDPs of Orakzai, South and North Waziristan Agency living in camps or outside of their native areas are being registered with assistance of relevant stakeholders.
All the completed registration forms have been submitted to the Pakistan Bureau of Statistics Headquarters Islamabad and the department is expected to declare provisional result within two months, the official said.
More than 14,500 staff including enumerators was participating in the census process in the province and Fata. A control room has been setup at their office of BPS Peshawar that could be contacted on phone number 9212633 for registration of complaints.–APP