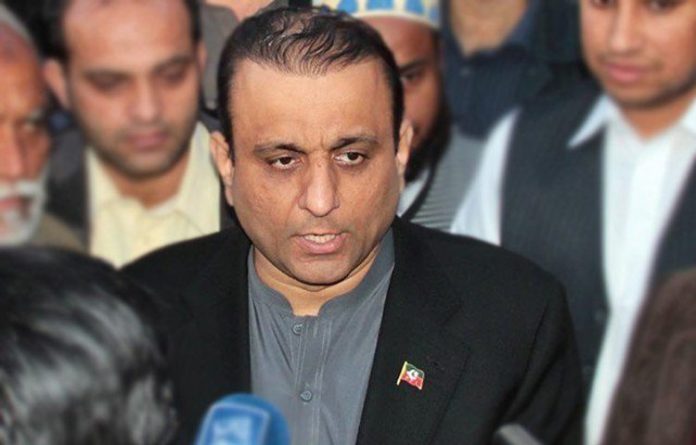 LAHORE: An accountability court directed the National Accountability Bureau (NAB) to complete investigation against PTI leader Aleem Khan in an assets beyond means case at the earliest.
“We can’t put someone in prison without a charge-sheet,” Accountability Judge Syed Najamul Hassan Bukhari observed when the NAB prosecutor sought time to file a reference against the accused in the case.
He asked prosecutor Waris Janjua to apprise him about progress so far made in investigation against the accused.
Janjua said the inquiry against the PTI leader has entered the final phase. When asked why the bureau has not filed a reference in the court yet, he said it would be filed once investigation is completed.
“Why investigation has not been completed despite the passage of two months,” the judge expressed displeasure over the bureau. The court sent the former Punjab minister to jail on judicial remand until April 11.
In the previous hearing, the NAB prosecutor had informed the court that a reference against the accused had been finalised and will likely be filed soon.
According to NAB, Aleem being the Secretary of Parkview Cooperative Housing Society, Member of the Provincial Assembly of Punjab and Minister for Information Technology held public office and during the period was involved in acts of corruption and corrupt practices by way of accumulating assets beyond known sources of income within Pakistan and outside.
Furthermore, the bureau said, the accused established multiple companies with the purpose of real estate business and invested millions of rupees.
He has been accused of buying more than 900 kanal land in different villages of Lahore in the name of his company M/s A&A Pvt. Ltd. and also paid advances for additional 600 kanal land for which he could not account for the sources of the investments.
In year 2005 and 2006, apart from inland assets, he established offshore companies in the United Arab Emirates (UAE) and the United Kingdom (UK) with these companies acquiring assets of extensive value which are beyond known sources of income of the accused.