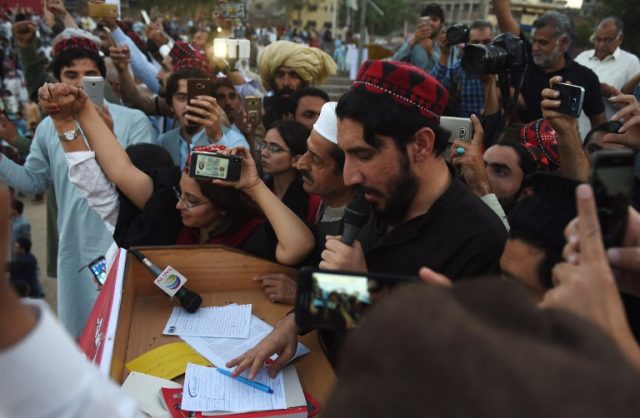 QUETTA: A sessions court in Quetta on Saturday ordered the release on bail of six activists of Pashtun Tahaffuz Movement (PTM).
Police had arrested the activists from outside the Quetta Press Club on January 31 during a protest demonstration against a bombing in Loralai which claimed the lives of nine people.
Police officers had resorted to the use of tear gas to disperse the activists.
The held workers were later identified as Najeebullah, Muhammad Suleman, Saleh Muhammad, Mehboob Shah, Zainullah and Naik Muhammad. They had been sent to Quetta’s district jail after their arrest by police.
Additional District and Sessions Judge Najeebullah Khan accepted the bail application of the PTM activists and ordered their release against a surety of Rs0.1 million each.
PTM is a rights-based alliance that, besides calling for the de-mining of the former tribal areas and greater freedom of movement in the latter, has insisted on an end to the practices of extrajudicial killings, enforced disappearances and unlawful detentions, and for their practitioners to be held to account within a truth and reconciliation framework.