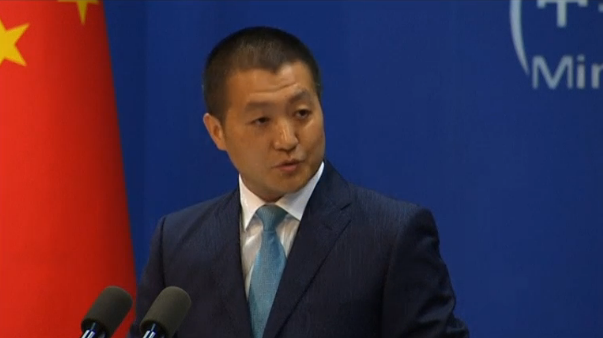 BEIJING: Renewing his commitment to work with Pakistan to ensure the success of China-Pakistan Economic Corridor (CPEC), a Chinese foreign ministry’s spokesman Monday hoped that the CPEC framework, a flagship project of Belt and Road Initiative, could win more recognition and support from regional countries and international community.
“We hope the CPEC could win more recognition and support from regional countries and international community,” Lu Kang said during a regular briefing held here.
The CPEC is a new type cooperation framework built up by China and Pakistan for long term cooperation development.
The spokesman said that it is important not just to the common development of China and Pakistan but also to regional connectivity and common prosperity.
“For us, we believe that we can work with Pakistan to ensure the success of the CPEC and the economic cooperation in various fields between the two countries,” he added.
When his attention was drawn towards reports regarding creation of a cell by the Indian intelligence agency to target the CPEC as well as various statements of Indian leadership to this effect, he replied, “We have noted relevant reports.”
Responding to a question about Indian President Ram Nath Kovind’s visit to Arunachal Pradesh, he commented that the Chinese government has never acknowledged the so-called Arunachal Pradesh, adding, “Our position on the border issue is consistent and clear.”
Lu Kang said that China and India are now in the process of settling the border issues through negotiations and consultations and China seeks to reach a reasonable solution acceptable to all.
He said that China firmly opposes the Indian leader’s relevant activities in the relevant region.
The spokesman said the relations between China and India are at a crucial moment.
“We hope India could work with China in same direction, maintain the general picture of bilateral ties, refrain from the complicating border issues and work to create favorable conditions for border negotiations and for the sound and steady development of bilateral ties,” he added. …APP