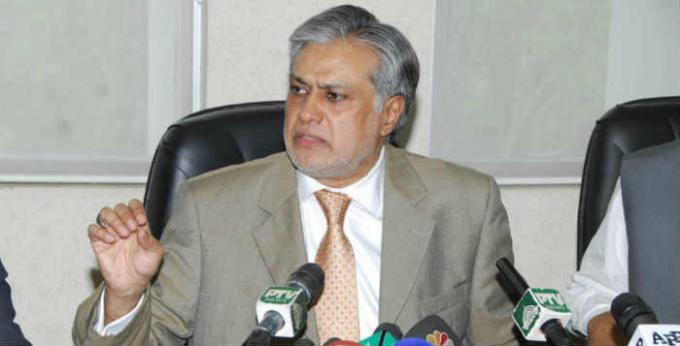 ISLAMABADl Finance Minister Ishaq Dar says Pakistan and China have placed a special emphasis on enlarging the economic footprint of the bilateral relationship.
In an interview with a Chinese TV, he said the two countries are cooperating on a number of people-centric projects.
The highlight of these projects is China-Pakistan Economic Corridor, which is considered as a game changer for Pakistan and China as well as the region at large.
Ishaq Dar said that the CPEC is being conceived as a lynchpin of plans by both China and Pakistan to deepen their economic cooperation.
The Minister said the goal of China-Pak Economic Corridor is to facilitate and intensify economic activity along the Corridor.