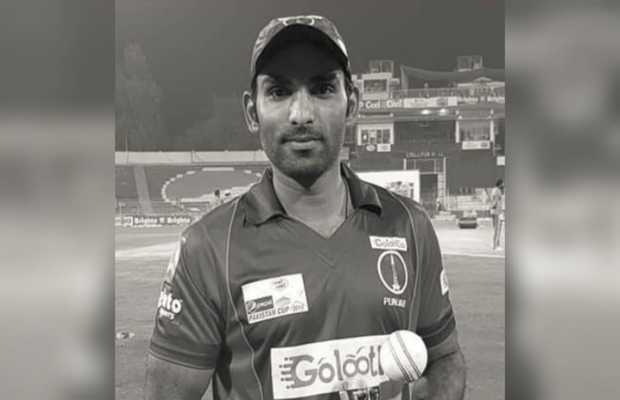 NEW YORK: Pakistani cricketer Asif Ali’s daughter, who was fighting stage IV cancer, breathed her last at a hospital in the United States.
The two-year-old Noor Fatima, who touched many hearts, was shifted to the United States for treatment last month.
Condolences poured in as soon the Pakistan Cricket Team Media Manager confirmed that the little princes (Asif Ali’s daughter) lost her battle with cancer.
Pakistani leg-spinner Shadab Khan took to his Twitter handle to condole the sad demise, praying: “May Allah rest the departed soul in the eternal peace and grant courage to the bereaved family to bear the loss with fortitude. ”
Foreign Minister Shah Mahmood Qureshi also expressed grief over the demise of cricketer’s daughter. He sympathised with the bereaved family.
Asif Ali, who was the part of Pakistan cricket team squad for England series, also played the last game of five-match series on Sunday.
He scored 22 during Pakistan’s 54-run defeat by England in the fifth and final one-day international at Headingley — a loss that saw England take the series 4-0 after the opening match was washed out.
Before leaving for England the 27-year-old Pakistani batsman had tweeted that “My daughter is fighting the stage IV cancer and we are taking her to US for her treatment.”
He had thanked the US authorities for issuing a visa to his daughter “within an hour.”
Ali had learnt about his daughter’s illness during the fourth season of the PSL, with Islamabad United coach Dean Jones, the former Australia batsman, breaking down in tears when talking about the child´s condition.
A statement issued by Islamabad United, the team Asif plays for in the Pakistan Super League, late Sunday said: “ISLU family pays its deepest condolences to @AasifAli2018 on the tragic loss of his daughter. Our thoughts and prayers go out to Asif & his family. Asif is a great example of strength & courage. He is an inspiration to us.”