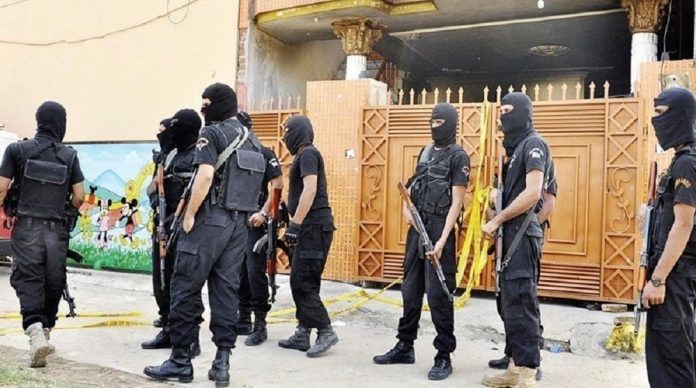 LAHORE: The Counter-Terrorism Department arrested 13 terrorists most of them belonging to Tehreek-e-Taliban Pakistan during intelligence based-operations carried out in different areas of Punjab Province.

Acting on a tip-off, the Counter-Terrorism Department (CTD) of Punjab Police conducted raids and arrested 13 terrorists. Of the arrested terrorists, some are belong to Islamic State (IS) and as many are affiliated with different factions of the banned Tehreek-e-Taliban Pakistan (TTP), it said in a statement.

They were identified as:

Five FIRs were also registered, two each in Lahore and Rawalpindi, and one in Gujranwala.

Arms and ammunitions including detonators, hand grenades, safety fuses along with an IED bomb was recovered from the suspects.

The CTD said that during this week it conducted 357 Combing operations with the help of Local Police/LEAs. During these operations, 45 suspects were arrested and 38 FIRs were registered.