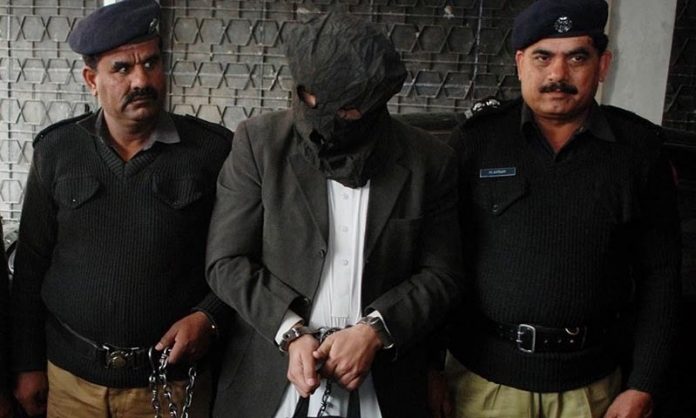 CHARSADDA: Counter Terrorism Department (CTD) Thursday arrested two terrorists here.
According to reports, two alleged terrorists were going to Mohmand Agency on a motorbike, when the CTD personnel stopped them Shabqadar area of the district. When the motorcyclists were searched, a suicide jacket, two hand grenades and two pistols were recovered from their possession.
The terrorists were taken into custody and shifted to unknown location for further interrogation. The arrested terrorists were identified as Qasim and Waheed Gul. Waheed Gul belongs to Shabqadar and Qasim belongs to Abbottabad, the CTD said.