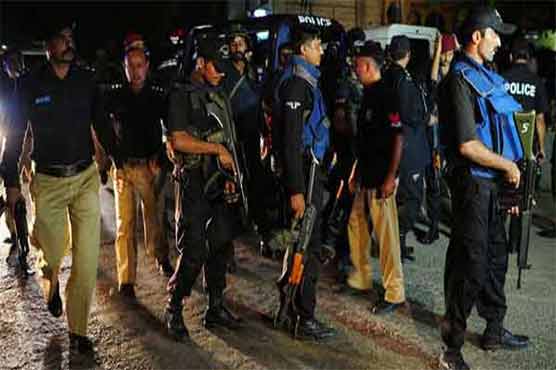 LAYYAH: At least five alleged terrorists were gunned down Counter Terrorism Department (CTD) personnel in Layyah early Sunday morning, said CTD in a statement.
According to CTD, three of their close associates managed to escape from the spot. The CTD said that immediate steps were being taken for their arrest adding that a heavy cache of weapons and maps of sensitive sites were seized from them.
Authorities said the terrorists, who were affiliated with an outlawed organization Jamat-ul-Ahrar, wanted to target a sensitive religious site at Multan.
Earlier, at least 73 suspects were taken into custody during a raid by the law-enforcement authorities, said sources. A few Afghan nationals were also among the arrested suspects. The sources further said a heavy cache of weapons was also recovered during the raid.