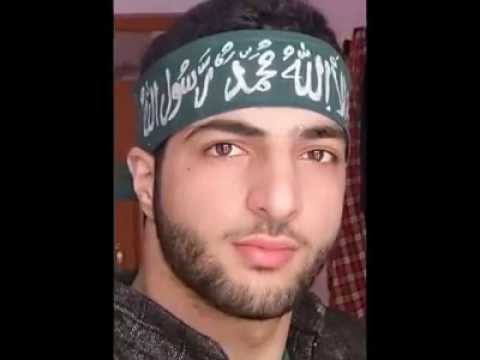 ISLAMABAD: The authorities in Indian occupied Kashmir has imposed curfew in Tral town of Pulwama district, today, on the eve of the second martyrdom anniversary of popular youth leader, Burhan Muzaffar Wani, to prevent a march towards his native town, tomorrow.
According to Kashmir media service, Burhan Wani was killed along with his two associates by the Indian troops in a fake encounter in Kokernag area of Islamabad district on 8th July in 2016.
The Joint Resistance Leadership comprising Syed Ali Gilani, Mirwaiz Umar Farooq and Muhammad Yasin Malik has called for a march towards Tral town where a public meeting will be held to pay tributes to Burhan Wani and other martyrs of the 2016 mass uprising triggered by his extrajudicial killing.
The leadership has also asked people to observe complete shutdown and civil curfew on the day.
Locals told media that curfew was imposed early morning, today, and it was announced on public address systems.
They said, the occupation authorities have deployed Indian troops and police personnel in strength in Tral and its adjoining areas while all entry and exit points of the town have been sealed.
The occupation authorities have also made heavy deployments of the Indian troops and police personnel in Srinagar and all other major towns to prevent the Tral march and stop people from holding anti-India demonstrations.
The authorities have also put several Hurriyat leaders including Syed Ali Gilani, Mirwaiz Umar Farooq, Muhammad Ashraf Sehrai, Muhammad Yasin Malik, Zafar Akbar Butt and Bilal Siddiqi under house detention or in custody to stop them from leading the march.
Meanwhile, the All Parties Hurriyat Conference, the forum led by Mirwaiz Umar Farooq, the Jammu and Kashmir Liberation Front and other fro-freedom organizations have strongly denounced the authorities for imposing curbs in Srinagar, Tral and other areas and placing the Hurriyat leaders under detention. – APP