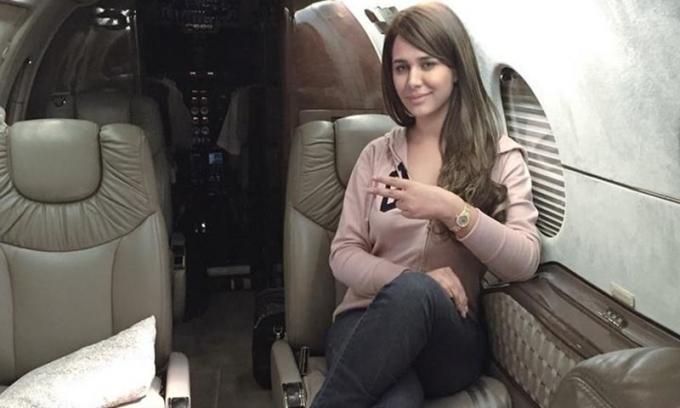 RAWALPINDI: A customs court in Rawalpindi reserved its judgment regarding supermodel Ayyan’s bail plea, after defense and prosecution completed their arguments on Wednesday.
Ayyan’s lawyers, Sardar Latif Khosa and Sardar Ishaq appeared before the customs court. The defense team argued that though the money was recovered from her possession, she didn’t intend to ‘smuggle’ it.
“She was waiting for her brother who was due from Karachi to collect the money from her,” they argued.
Further, Khosa argued that Ayyan was stopped by the Airport Security Force, when it was none of their business to do so.
He also objected over the clauses included in the charge sheet under which officials not concerned with her case arrested her and investigated the case.
Custodian of money confiscated from Ayyan succumbs to injuries
Custodian of the money confiscated from Supermodel Ayyan succumbed to his injuries on Wednesday after unidentified men opened fire at him.
Initial investigations have revealed that custom officer Chaudhry Ijaz was a key witness in model Ayyan’s ongoing money laundering case.
Further, all the money confiscated from Ayyan at the airport was in his custody.
Ijaz was shot in the leg when two armed motorcyclists opened fire at him in the remits of Waris Khan police station. He was rushed to DHQ Hospital where he succumbed to his injuries after bleeding excessively.