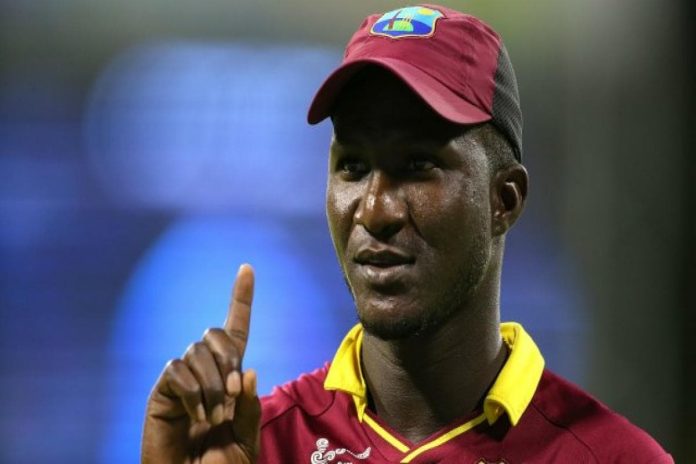 JAMAICA: West Indies T20 World Cup-winning captain Darren Sammy has asked his former IPL teammates to reach out to him, and have a conversation about the racial slur they used to address him with when he played for the team in 2013-2014.
Sammy took to Instagram on Monday night and stated that he has played all over the world and has been loved by many people, adding that he had also embraced all the dressing rooms he’s been a part of during his career.
“But I want to quickly say this I was listening to Hasan Minhaj talking about how some of his people in his culture view or describe black people,” shared Sammy, and clarified that the anger he got after listening to him did not apply to “everybody”.
“You know it was degrading and so instantly I remembered that when I played for Sunrisers Hyderabad in 2013 and 2014 I was being called the same word he described that was degrading to us black people,” recalled Sammy, who had also captained the team during his stint in the IPL team.
The former Windies skipper shared that he “instantly got very angry” after finding out what the word meant. He added that he will be messaging the people who addressed him with that word, adding that they know who they are.
“I must admit at the time in which I was being called that I actually did not know what it meant,” said the all-rounder. He added that at the time he thought it meant “strong stallion” and viewed no problems with it because he was “ignorant” about its meaning.
“I assumed it meant something else that was uplifting but every time I was called it, it was me and [Sri Lankan player] Thesara Parera, there was always laughter in the moment,” recalled Sammy. He added that he went along with his teammates because they were “happy” and assumed it was something “funny”.
Sammy shared that after knowing what it meant he felt frustrated and angry because when it was pointed at him “it wasn’t funny at all and it was degrading”.
“So, I’m going to be texting you guys and asking you guys when you all repeatedly called me that word over and over again to the point that I was even saying that’s my name,” he said.
“Did you all mean it anyway of or form as a degrading word to me because that’s very important like I have said I have had great memories in all the dressing rooms that I have been in as a T20 player, as a leader in the dressing room, as a captain. I have always been one to build up the relationship or build up a team, not bring it down,” Sammy asked his former teammates.
“So, all those who used to call me that you guys know yourselves. Some of you have my numbers, got me on Instagram, on Twitter or wherever reach out to me,” asked the former West Indies skipper, adding that he was ready to have a conversation with them.
The all-rounder also stated that if it was in any way or form what Hasan Minhaj said it meant then he would be “very disappointed and still be angry”. He added that he would also “deserve an apology” from them because he saw all of them as his “brothers”.
“So, talk to me reach out to me. Please clear the air,” said Sammy and once again told the boards why it was important to take a stand “against racial injustice against any human being that is not accepted”.
He added that everyone around the world and black people were standing up against racism which he states should be the message.
Last week, Sammy had revealed he faced racism while playing for the Sunrisers Hyderabad in IPL as he was called “kalu”.
The Peshawar Zalmi captain said that he did not know the meaning of the word back then and it was only recently he discovered what it meant.
“I just learnt what that kalu meant when I played for Sunrisers in the IPL. They called me and Perera by that name. I thought it meant strong stallion. My previous post tells me something different and I am angry,” the former skipper wrote in an Instagram story.
Also read: Defund the police: Minneapolis votes to dismantle police dept as George Floyd protests continue
As the voices against racial discrimination grow louder, Sammy has not taken a back seat and has been active in voicing his concerns over the matter.
He has also called out the International Cricket Council for their silence and said that he wanted to “hear” its voice and that “now is not the time to be silent”.
Since the death of George Floyd, an unarmed black man, protests have erupted across the United States and the UK, with the masses demanding an end to racial discrimination.
The protests, sparked by a police officer kneeling on Floyd’s neck for almost nine minutes as he pleaded for his life, took place amid a roiling controversy over officers’ use of force against largely peaceful demonstrators.