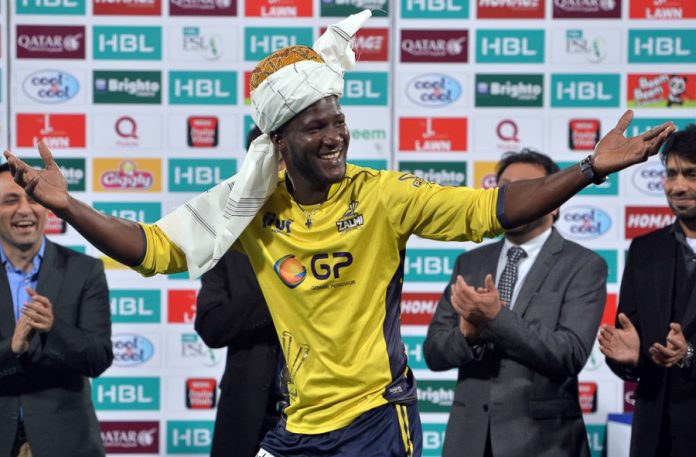 ISLAMABAD: Former West Indies’ captain Darren Sammy will be conferred the highest civilian award and honourary citizenship by Pakistan on March 23, according to the Pakistan Cricket Board.
President Dr Arif Alvi will give Sammy an award for his “invaluable contribution” in bringing cricket in Pakistan.
The Peshawar Zalmi man has been part of the Pakistan Super League since the first edition in 2016. In 2017, he lifted the PSL trophy after defeating Quetta Gladiators in Lahore.
Zalmi owner Javed Afridi had requested the president to grant Sammy an honorary citizenship.
Afridi said that the 36-year-old was instrumental in the return of international cricket in the country.
“I request the PCB chairman to put in a good word for Sammy, so it can be approved,” Afridi had said.