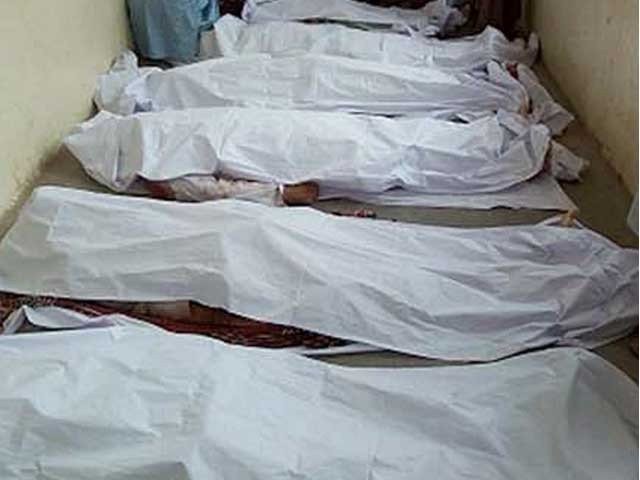 LAHORE: The five dead bodies that were found in Turbat area of Balochistan was shifted to Punjab city of Lahore on Sunday.According to details, the dead bodies were sent to Lahore via Pakistan International Airlines (PIA) flight.They will be later sent to their villages for last rites.Meanwhile, the case of five bodies being found was filed against unknown persons in Levies Station.Murder, Attempt to murder, terrorism and abduction sections have been included in the First Information Report (FIR).