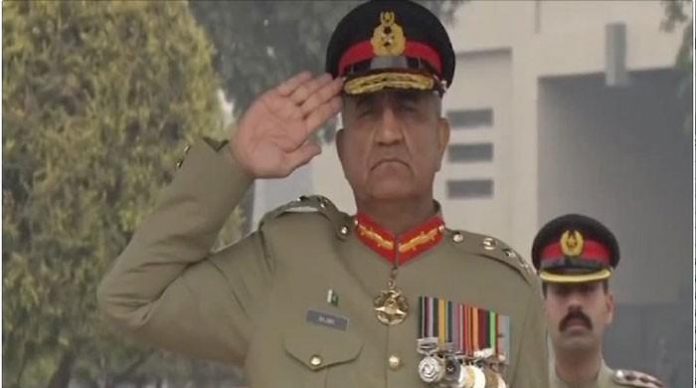 RAWALPINDI: Chief of Army Staff General Qamar Javed Bajwa has paid rich tribute to the martyrs of the 1965 war on Pakistan’s 53rd Defence Day.
In his message, he said, “The death of a martyr imparts life to the nation.” The army chief pledged to make the country great.
A special promo has been released by army’s media wing, Inter Services Public Relations (ISPR), in which General Bajwa is expressing sympathy and solidarity with the families of martyrs.
Defence Day of Pakistan marking the 53rd anniversary of the 1965 war is being celebrated with traditional fervour and solemnity across the country.
A number of events are being held in connection with Defence Day across the country. The highlight of the day will be a function tonight at General Headquarters in Rawalpindi to pay tribute to the martyrs.
Prime Minister Imran Khan will be Chief Guest on the occasion.
The ceremony will be attended by Army Chief, Chairman Joint Chiefs of Staff Committee, services chiefs, Ministers, Senators, MNAs, ambassadors, diplomats, military and civilian officials and people from various walks of life.