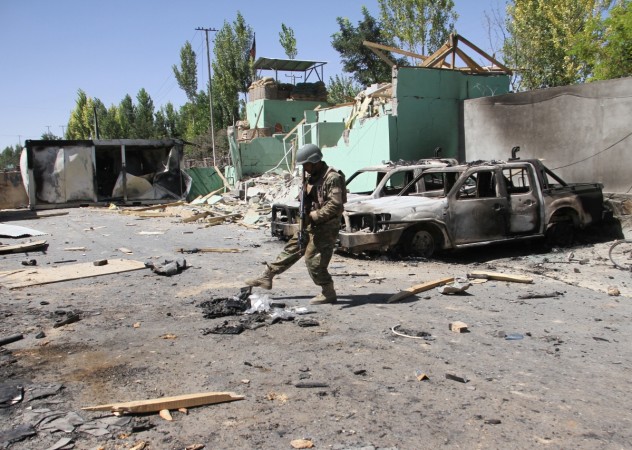 NANGARHAR: The death toll from a suicide attack on Afghan protesters has soared to 68, officials said Wednesday, as violence flares across the country ahead of elections and Muharram.
Another 165 were wounded in the blast — one of the deadliest attacks this year — on Tuesday in the eastern province of Nangarhar, provincial governor spokesman Ataullah Khogyani said.
There has been no claim of responsibility for the massacre.
The Nangarhar health department confirmed the toll.
Scores of demonstrators had blocked the highway between the provincial capital of Jalalabad and a major border crossing with Pakistan in protest over the appointment of a local police chief when the suicide bomber blew himself up.
The dead and wounded were rushed to several hospitals in the back of pickup trucks and ambulances, overwhelming doctors and nurses as they struggled to cope with the huge number of casualties.
It was the deadliest attack since an ambulance packed with explosives detonated in a crowded street in the heart of Kabul in January, killing more than 100 people, mostly civilians. That bombing was claimed by the Taliban.