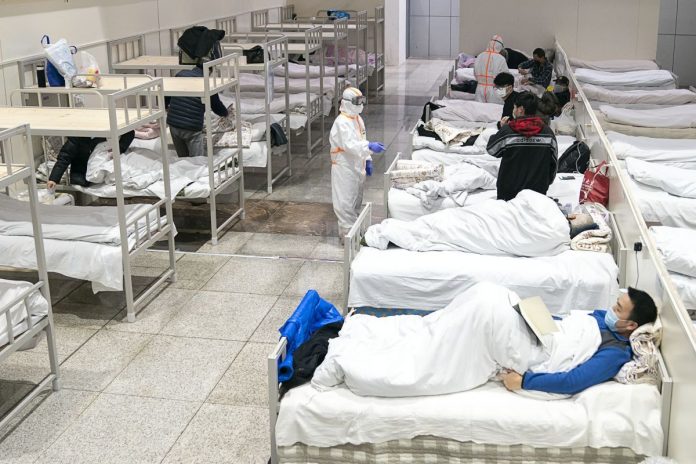 ISLAMABAD: Pakistan on Friday has reported 143 deaths from novel coronavirus while the total number of cases has surged to 7481.
According to details, 3,391 patients have been tested positive for the epidemic in Punjab, 2217 in Sindh, 1077 in Khyber Pakhtunkhwa, 335 in Balochistan, 250 in Gilgit-Baltistan, 163 in Islamabad and 48 in Azad Kashmir.
So far, 1,832 patients have recovered in the country.
Prime Minister Imran Khan has directed Federal Minister for Religious Affairs Noorul Haq Qadri for devising a safety plan against coronavirus during the month of Ramazan after holding consultations with Ulema.
The federal minister for religious affairs who called on the prime minister discussed details of scheduled meeting of President Arif Alvi with religious scholars being held tomorrow.
In a recent report, it is estimated that the coronavirus could result in a loss of Rs 1800 billion for the Punjab government and immediate loss of three to four million jobs. Moreover, the population living in poverty will reach 33%.
The report was prepared by the Planning & Development Department and presented to the Chief Minister Punjab, saying that the coronavirus is feared to deal a historic blow to Punjab s economy, decreasing GDP growth by 9%.
People will offer the holy month of Ramadan’s Tarawih, and Eid prayers at their homes in case the coronavirus pandemic does not subside, said Saudi Arabia’s grand Mufti.
Saudi Arabia’s grand Mufti Abdul Aziz bin Abdullah bin Mohammed Al El-Sheikh said on Friday that this will be done as a precaution against the spread of the virus.
The grand Mufti said that the Eid prayer will be offered at home without a sermon following it.
It has been reported that 12 doctors as well as some members of hospital medical staff in various Khyber Pakhtunkhwa Hospitals have contracted the coronavirus.
According to details, Peshawar is the worst-hit city in the province with seven doctors, including a private hospital doctor and nurse, having been infected. With rising number of patients in the province, the number of infected medical professionals is also increasing.
World coronavirus deaths passed 150,000 Friday as US President Donald Trump accused China of continuing to cover up its toll, even after Beijing revised figures sharply upward for Wuhan, the original epicenter of the global pandemic.
COVID-19 fatalities mounted in the United States and hard-hit Western Europe countries, but fresh data on rising infections and deaths in Africa showed the virus is leaving no continent untouched as it marches around the globe.