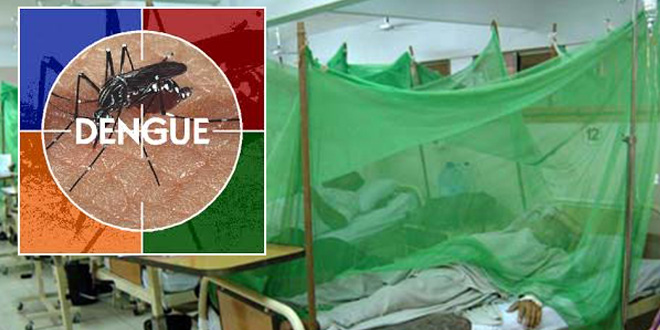 PESHAWAR: The dengue continued to haunt the people as another person died because of dengue fever here on Sunday raising the death toll to 68 in Khyber Pakthunkhwa.
According to Dengue Response Unit (DRU) of Health Department Liaqat Ali son of Bahadar aged 55 resident of Pawakai Peshawar succumbed to the dengue fever at Khyber Teaching Hospital. He was admitted to Khyber Teaching Hospital on November 1, 2017.
A many as 202 dengue patients are admitted in various hospital of the province. During last 24 hours 30 patients were admitted in the hospitals of the province.
Similarly, 50 patients were discharged from the hospitals after full recovery from the disease during last 24 hours. …APP