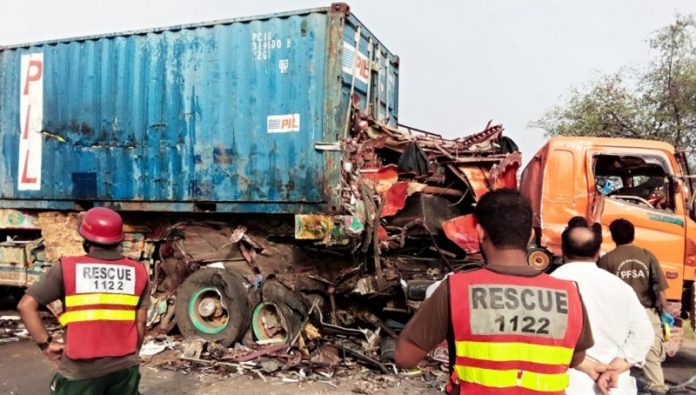 DERA GHAZI KHAN: The ill-fated passenger bus that collided with a trailer in Dera Ghazi (DG) Khan was not ‘roadworthy’, well-informed sources said on Monday.

Sources privy to the development said that the bus was overcrowded and was not a mechanical fit to hit the roads. The driver was holding the accelerator wire in his hands while driving the vehicle that met an accident with a trailer. The bus was having a capacity of 48 passengers but 78 passengers were travelling in the ill-fated vehicle. The bus was never stopped neither fined from Sialkot to DG Khan.

Earlier in the wee hours of Monday, a passenger bus, going to Sialkot from Rajanpur, collided with a trailer, leaving 34 passengers dead and scores injured.

According to Emergency Rescue 1122, the accident occurred near Taunsa By-Pass in DG Khan where a passenger coach collided with a trailer, killing 34 persons on the spot and injuring more than 40 others.