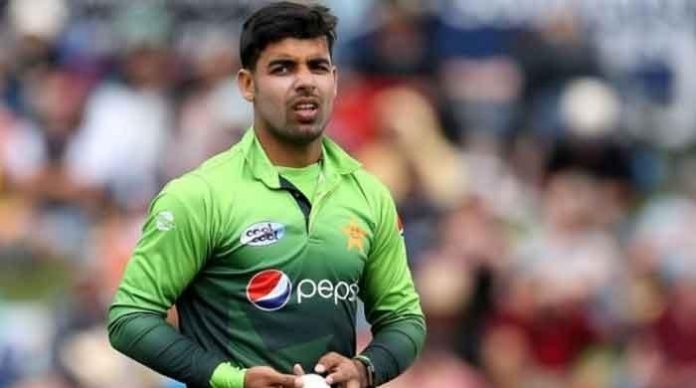 LONDON: Pakistan wrist spinner Shadab Khan met with world-renowned gastroenterologist and hepatologist Dr Patrick Kennedy in London and will be returning to Islamabad on Monday.
“Shadab has been put on medication and has also been advised complete rest for two weeks, following which he will undergo another round of blood tests in Lahore after which there will be more clarity on his availability for the ICC Cricket World Cup 2019,” the Pakistan Cricket Board (PCB) said in a statement on Saturday.
Shadab was ruled out of Pakistan series against England after tests revealed a virus which the PCB said would require at least four weeks of treatment.
The series against England, comprising a T20 and five ODIs will be played from May 5 to 19.
Shadab is part of Pakistan’s 15-member squad for the ICC Cricket World Cup. The selectors have already included Asif Ali and Mohammad Amir as additional players to the 15-player World Cup squad. Pakistan, like any other participating side, has the flexibility to make changes to their World Cup squad until May 23.