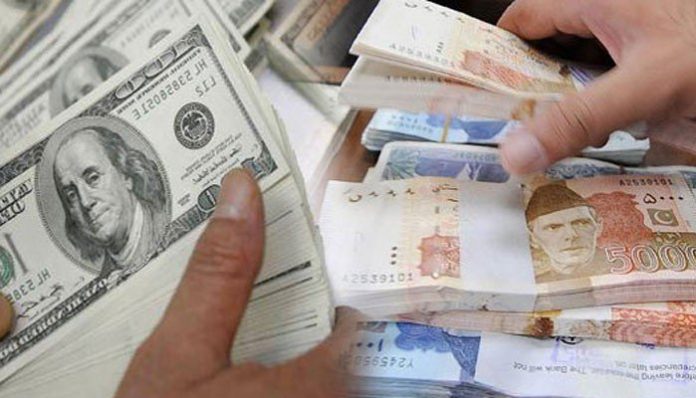 KARACHI: Dollar has climbed down to rupees 122.5 in the inter-bank market for the first time in the past four years after the foreign currency fell by rupees 5.36.
The foreign currency fell by rupees 2 and is trading at between rupees 118 and122.
Media reports suggested that the dollar is likely to further depreciate later in the day as some exchange companies are yet to start trading.
Meanwhile, the Pakistan Stock Exchange (PSX) also witnessed a positive trend as the benchmark KSE-100 index gained 314 points to reach 43,100 points.
After the depreciation of dollar in the inter-bank market, the national debt will decline by rupees 450 billion.