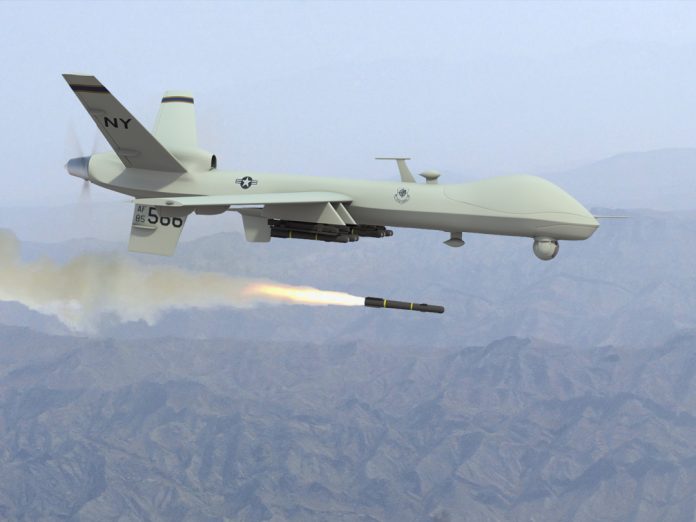 PESHAWAR: At least five people including Abdullah Kashmiri a commander of the banned Tehrik-e-Taliban (TTP) were killed in a US drone missile attack in Shawal tehsil of South Waziristan Agency here on Wednesday.
According to political administration, the drone attack targeted a house near Pak-Afghan border in Garvik area of Shawal.
TTP commander Abdullah Kashmiri is reportedly killed in the attack.