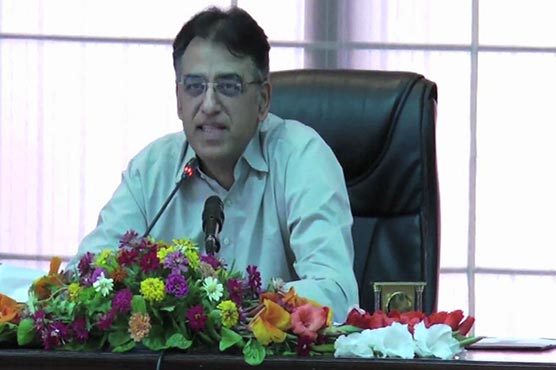 ISLAMABAD: The Economic Coordination Committee (ECC) of the Cabinet on Tuesday approved issuance of Sukuk bonds to repay circular debt.
A meeting of the ECC was chaired by Finance Minister Asad Umar.
According to the decision of the committee the government will issue two billion ruppees Sukuk bonds.
The Sukuk bonds will be released through a consortium of Islamic banks.
The ECC meeting also approved export of 0.5 million tonnes of surplus wheat.
The ECC in an earlier meeting ordered immediate clearance of about Rs 36 billion refund claims of exporters and allowed tax and duty-free import of cotton in addition to mandating the payment of duties and taxes on import of vehicles in foreign exchange.
In response to demands of the textile industry, the ECC approved withdrawal of customs duty, additional customs duty and sales tax on import of cotton which will be effective from Feb 1-June 30, 2019.
Finance Minister Asad Umar had called the meeting of Economic Coordination Committee to discuss a two-point agenda.