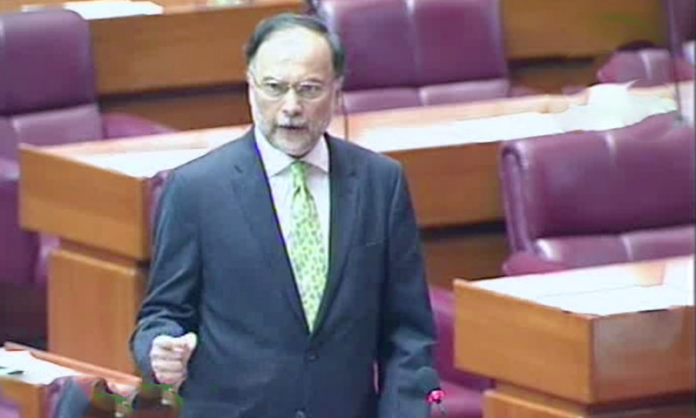 ISLAMABAD: Pakistan Muslim League-Nawaz (PML-N) Member National Assembly (MNA) Ahsan Iqbal has on Thursday said that the government is looting people through flour and sugar mafia.
The PML-N leader addressed the National Assembly and said inflation rate has surged by 14 percent in the country and the economic crisis is a result of the government’s incompetence.

Also read: Inflation rate unlikely to decrease in coming months: report
“Inflation has broken all previous records and Special Assistant to the Prime Minister (SAPM) on Information and Broadcasting Dr. Firdous Ashiq Awan has admitted it herself. The ineligibility of the incumbent regime has damaged Pakistan in 18 months.
“Pakistan Muslim League-Nawaz (PML-N) had termed the last budget as the worst ever when it was presented while the government had claimed that it would produce job opportunities. The present situation is in front of all now.
“Pakistan Tehreek-e-Insaf (PTI) bashed us for taking loans but it has added debt of Rs 11 trillion. Deficit ratio during PML-N’s tenure was 5.9 percent which has now increased to 9 percent. The government does not have any solution to the ongoing crisis.”