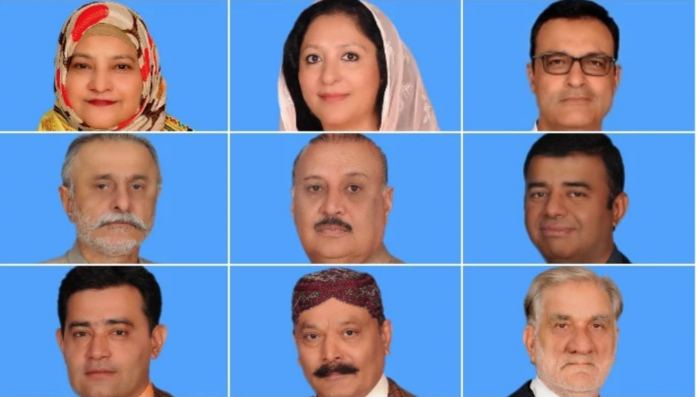 ISLAMABD— The Election Commission of Pakistan (ECP) on Friday adjourned the hearing against the dissident Pakistan Tehreek-e-Insaf (PTI) defectors parliamentarians in National Assembly until Tuesday after the party’s counsel sought time to respond for reading their written responses.

A three-member bench of the agency headed by Chief Election Commissioner (CEC) Sikandar Sultan Raja led the proceedings which witnessed the lawmakers submitting their responses in the case.

Faysal Chaudhry, the counsel for PTI, sought time from the ECP saying he could not respond to all the replies at once and it would be appropriate that counter-arguments be given on Tuesday. He requested from the ECP bench to allow him to read everyone’s answers before starting the arguments.

At this, the ECP directed the counsel to complete their arguments as soon as possible so that the commission could decide on the defectors parliamentarians matter before May 14.

The ECP bench also sought replies from the PTI defectors parliamentarians of the Punjab Assembly.

The ECP bench, however, disposed of the reference as far as PTI MPA Javed Akhtar was concerned after he said in his statement that he walked out after boycotting the Assembly session and did not cast his vote (in chief minister election).

It is pertinent to mention here that the election commission under Article 63-A of the Constitution — which is related to the disqualification of MPs on grounds of defection — is bound to decide on the matter within 30 days.

Article 63-A, the law on floor-crossing, provides that MPs who defect could lose their seats if they then vote against their party.

Article 63-A reads that an MP can be disqualified on grounds of defection if they “vote or abstains from voting in the House contrary to any direction issued by the parliamentary party to which he belongs, in relation to the election of the prime minister or chief minister; or a vote of confidence or a vote of no-confidence; or a money bill (budget) or a Constitution (amendment) bill”.

“There should be no delaying tactics in the case,” the ECP said after Chaudhry said that he had to appear before the high court at 11:30 am. The commission later adjourned the proceedings for Tuesday.