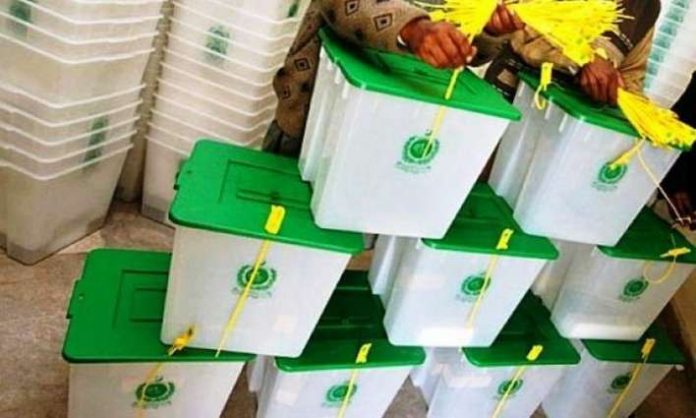 ISLAMABAD: By-elections on thirty five constituencies of National and provincial assemblies will be held tomorrow.
Three hundred and seventy candidates are in the run for the elections to be held on eleven National Assembly and twenty four Provincial Assemblies’ seats.
Polling will begin at eight in the morning and continue till five pm without any break.
The election commission of Pakistan has completed all the arrangements for the smooth conduct of the polls.
Ballot papers have been handed over to the presiding officers, which will be distributed under the supervision of the Pakistan Army.
Over seven thousand and four hundred polling stations have been set up for the by polls. Of these, 1727 have been categorized as highly sensitive.
Overseas Pakistanis will vote for the first time in the by-polls.