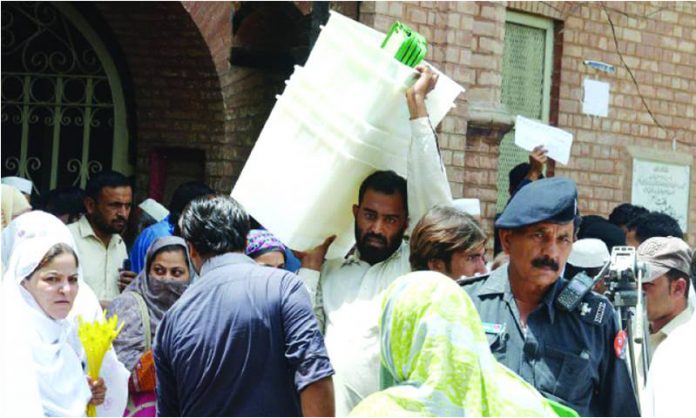 ISLAMABAD: The Election Commission of Pakistan (ECP), through a letter to Finance Ministry, has demanded 20 billion rupees for holding general elections in Punjab and Khyber Pakhtunkhwa and by-elections on National Assembly vacant seats.

The ECP letter said that Commission needed Rs25 billion to hold elections out of which the electoral body had already received Rs5 billion. Now the Commission required Rs20 billion more. The federal government has been asked to release fund for holding elections.

The letter, written by Secretary Election Commission Omer Hameed Khan, said that Rs 45 billion were approved for holding general elections and the federal government had to release Rs25 in the current fiscal year. The electoral watchdog further said that rest of the amount (Rs20 billion) should be released forthwith so that process of holding elections could be ensured. The ECP also requested the federal government for release of supplementary grant. The expenses to hold general elections were estimated at Rs45 billion which have now increased to Rs61 billion.

Election Commission has to hold elections on 297 general seats of Punjab Assembly and 115 seats of Khyber Pakhtunkhwa Assembly, besides 64 vacant seats of National Assembly.