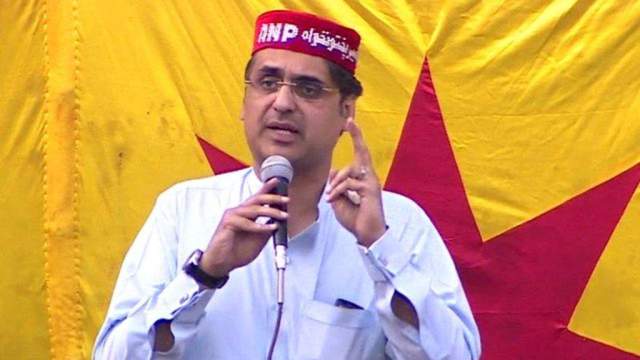 ISLAMABAD: The Election Commission of Pakistan (ECP) on Wednesday postponed election on a provincial assembly seat in Peshawar, PK-78, after a suicide blast in the provincial capital’s Yakatoot area that killed at least 20 people, including Haroon Bashir Bilour – a candidate who was to contest from the constituency.
According to the Commission, the election in PK-78 (Peshawar-13) will be held later along with by-elections which will take place after the general elections scheduled on July 25.
At least 20 people including a leader of the Awami National Party (ANP), Haroon Bilour, were martyred in a suicide attack in Yakatoot area of Peshawar on Tuesday night.
According to police, a suicide attacker entered a corner meeting of the ANP and blew himself up.
Haroon Bilour was the ANP candidate for PK-78 Peshawar-13. His funeral prayers will be offered at Wazir Bagh Peshawar at 5:00 pm on Wednesday.
It is pertinent to note here that Bilour’s father, Bashir Ahmed Bilour, too had lost his life in a 2012 suicide bomb explosion in the city’s Qissa Khwani bazar. He was the eldest son of Bashir Bilour and was contesting elections from the same constituency as his late father.