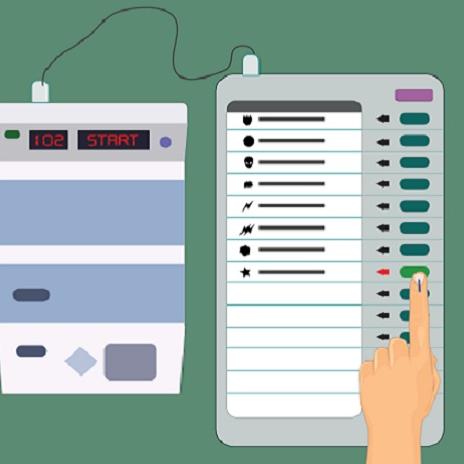 The Election Commission of Pakistan (ECP) on Tuesday rejected the government’s “pressure and intimidation” for rushing up the process of floating tenders to acquire electronic voting machines (EVMs) and asserted that it was capable of pulling off the task with powers granted to the electoral body by the constitution.

The ECP alleged that the ruling Pakistan Tehreek-e-Insaf was exacting pressure on the electoral body to squeeze out early and “hasty” floatation of tenders for the purchase of the machines, sources privy to the matter told media.

“Acquiring them [EVMs] is not a joke,” the ECP emphasised, insisting that the task of purchasing the electronic machines merited sensitive handling and could not be subjected to government’s coercion.

“The ECP is an independent institution and will carry out its duties within the constitutional framework and it has already formed three high-level committees for this purpose,” it said.

The committees are required to submit their reports within four weeks, following which the ECP will proceed with the other related issues, including that of tenders, by hiring a consultant in the light of the recommendations made by the committees.

Sources in the ECP also claimed that the government was intimidating the electoral watchdog through media and statements. The Election Commission of Pakistan on November 23 formed three committees to calculate the expenditure of electronic voting machines and amend the existing rules and regulations for using them in line with a law enacted by a joint sitting of parliament.

The first body – the EVMs and Overseas Voting Technical Committee – will be headed by the ECP secretary. The committee’s mandate will be to make recommendations on technologies in the electoral process and to identify international best practices. It will report on the voting procedure for overseas Pakistanis.

The second committee on the expenditure on EVMs, headed by the ECP additional secretary (admin), will present to the commission a report on the fund that would be spent on the machines and e-voting system. The body will also run the pilot testing of the machines and the mechanism for their use. The committee will make recommendations on the project’s implementation, budget requirements, and storage of machines. Its recommendations will be communicated to the government so that safe storage could be arranged on a short- and long-term basis.

A third committee, headed by the commission’s director general of law, has been set up to make suggestions and recommendations for amendments to the existing laws and rules. Govt links release of ECP funds to holding polls through EVMs. The alarms and misgivings of the ECP appeared to be stirred by statements from the ruling party’s ministers, doubling down on its stance to initiate the process of EVMs procurement as soon as possible.

Earlier in the day, Federal Information and Broadcasting Minister Fawad Chaudhry said that there was a likelihood of the government not being able to fund elections that would not include the use of contentious electronic voting machines.

He said the federal cabinet had discussed the matter at length and agreed that the Election Commission of Pakistan was bound to use EVMs in by-elections. “And one of the points of view [shared in the meeting] was that the government could not fund any election held without [the use of] EVMs as after the recent amendment, the law [only] recognised polls involving the use of EVMs,” he said, adding that Law Minister Farogh Naseem had the same point of view.