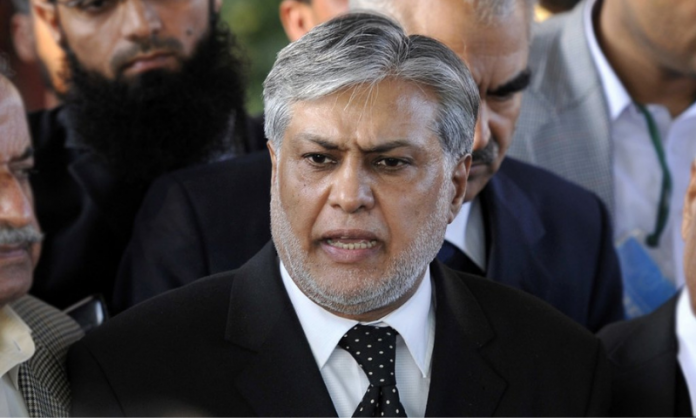 The Election Commission of Pakistan (ECP) on Wednesday reserved the judgement on a petition for the disqualification of former finance minister and senior Pakistan Muslim League-Nawaz (PML-N) leader Ishaq Dar.

On behalf of the petitioner Azhar Siddique, Assistant Counsel Mahfouz Bukhari appeared before the ECP bench and said that no reply had been filed by Ishaq Dar.

“Ishaq Dar did not take the oath as a senator. If he is not a member of the Senate, how can he be disqualified?” Nisar Durrani said.

“In the High Court, you say that the election commission has put the case in ‘cold storage’. When we call you for case hearing, you request for adjournment,” he added.

“Ishaq Dar was elected as a member of the Senate, but he did not take the oath,” he stated.

The ECP then reserved the judgement on the petition for the disqualification of Ishaq Dar.