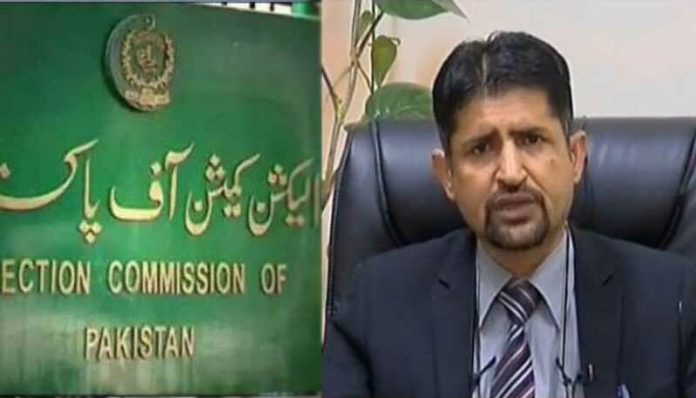 Shinwari was served a show cause notice for issuing a statement regarding holding by-elections in the provinces of Punjab and Khyber Pakhtunkhwa (KP) in case of dissolution of assemblies without the consent of the CEC.

“Although it is difficult to hold provincial elections and national elections in the same year, we are bound by the law,” Shinwari had said in response to the reports of the dissolution of assemblies.

He said that elections will only be carried out on the seats of Punjab and KP rather than National Assembly (NA) seats.

However, soon after, the ECP distanced itself from Shinwari’s statement and demanded an explanation within 24 hours

His statement came after Pakistan Tehreek-e-Insaf (PTI) Chairman and former prime minister Imran Khan said that it was better to quit assemblies than “be a part of a corrupt system”.

“We will not be part of this system. We have decided to quit all the assemblies and get out of this corrupt system,” said Imran.

“My party has not come to Rawalpindi for elections or politics. It is the need of the country to have fresh elections.”