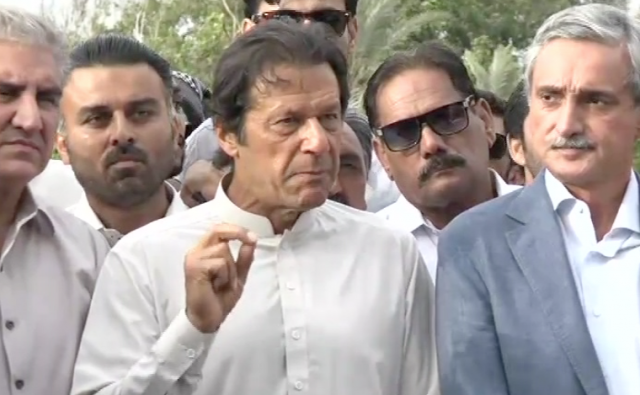 ISLAMABAD: A three-member bench of the Election Commission of Pakistan (ECP) on Tuesday (October 1) is scheduled to begin regular hearing of the foreign funding case against the Pakistan Tehreek-e-Insaf (PTI) after 18 months. 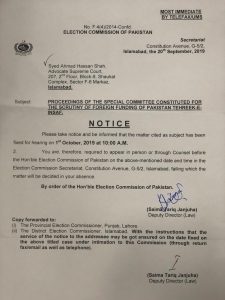 For scrutiny of foreign funding, the ECP has already issued notices to the concerned parties including the PTI and Akbar S Babar – who had filed the case in November, 2014, after he developed differences with the party.
The bench headed by Chief Election Commission (CEC) Sardar Muhammad Raza Khan will examine a report concluded by a special committee to probe the matter. The previous hearing of the case was held in March, 2018.