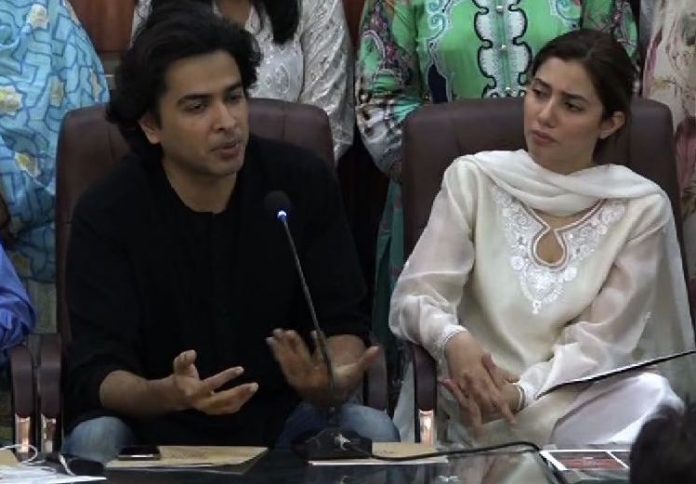 KARACHI: Actor Mahira Khan believes that parents and teachers need to break silence over child abuse and stop thinking it is shameful to discuss it with their children.
There is a need to start teaching children the difference between the “right and wrong” touch, Khan said at a press conference on Thursday in Karachi.
“Until children are not taught about this difference, they will not know that it is a problem,” the actor added. She said that the way some parents, uncles, and aunts touch children could be wrong too, so the children need to know what “bad” touch is.
Referring to the rape of a child from Kasur last year which caused the whole nation to raise their voice, she said: “Since Zainab’s case, 10 rape cases have been reported every day, and many have gone unreported.”
Singer Shehzad Roy urged parents and teachers to educate children about sexual abuse in schools and at home. He added that media also plays a great role in it.
He encouraged the implementation of Life Skills Based Education in schools curriculum, adding that many schools are already teaching it. It allows children to understand their bodies, break down gender roles, and build confidence so they can make smart choices for themselves, according to Aahung.
Roy said that LSBE has still not been adopted by schools in Balochistan, Punjab, and KP. He assured that the education is age-appropriate and approved by Islamic scholars.
The singer also questioned the role of the social welfare department and said they need to be more active.
Many NGOs in Pakistan, including Aahung, are working to update the curriculum to teach children about their rights, sexual abuse, quality sexual and reproductive health information.