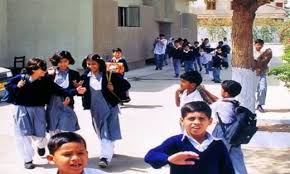 ABBOTTABAD: Keeping in view the security situation, Deputy Commissioner Abbottabad on Monday closed all government and private educational institutions of 8 union councils of the district.
According to the notification issued by the DC office Abbottabad, all government and private educational institutions of UC Kehal Urban, City Urban, Malikpura Urban, Nawanshar (colleges only), Mirpur (colleges only), Qalandarabad (colleges only) and Havelian Urban would remain closed on 27th November.
On Sunday, main Manshera Road Abbottabad was blocked at several places while after 6 a.m. the protesting religious parties announced a shutter down and wheal strike in Abbottabad. …APP