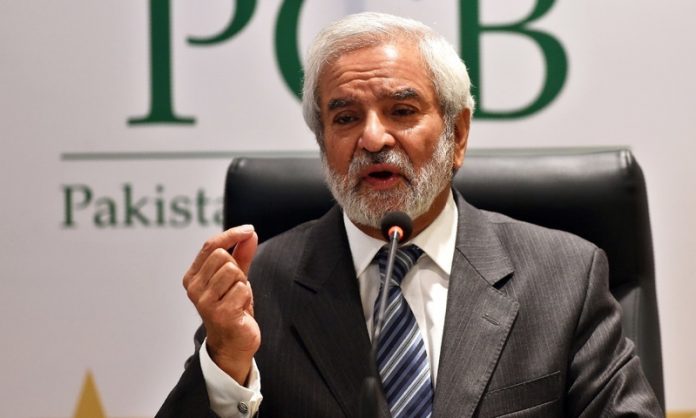 LAHORE: Chairman Pakistan Cricket Board (PCB) Ehsan Mani has lashed out at the International Cricket Council’s decision to charge and ban Sarfraz Ahmed, saying that the governing body’s “bureaucratic process overruled common sense”.
On Sunday, Sarfraz was banned for four matches by the ICC for breaching its Anti-Racism code, after the skipper was heard making a racist remark to South Africa’s Andile Phehlukwayo during the second ODI in Durban.
According to Mani, the ICC need not have charged Sarfraz once apologies had been publicly made and accepted. Apologies, the PCB chairman said, had been conveyed publicly, at board level, at the manager’s level as well as by the player.
“So as far as we were concerned, an apology had been tendered and accepted and the only question was whether Sarfraz deserved any punishment,” Mani told ESPNcricinfo.
“I had already said we should pull Sarfraz out for 2-3 games. I felt very strongly that this has to be a strong message for everyone.”
But the ICC, Mani said, offered Phehlukwayo a reconciliation process, as allowed under the anti-racism code as a means to resolve such disputes and which would have involved an ICC mediator. Phehlukwayo refused the offer, wanting instead to move on.
“We had cleared the air,” Mani said. “So common sense should have meant that was the end of the matter.
“We made an apology at all levels and it had been accepted by everyone. We have a good relationship with CSA. For the ICC to jump in because Phehlukwayo was upset and didn’t want a reconciliation process, [and to feel they] have to charge Sarfraz, that’s where I think a bit of nonsense comes into this. What else can you achieve by sitting them in a room? They’re not school children.”
The PCB had expressed its disappointment at the ICC’s decision, and was also unhappy about the time it took to charge Sarfraz – the incident took place on Tuesday, January 22 but Sarfraz wasn’t charged until Saturday night.
“This is my issue that they sat on it,” Mani said. “Our statements and apologies were public. This is not something you brush under the table, it has to be dealt with openly and transparently. We did all of that. But because ICC couldn’t get the two players in a room together, they said let’s charge him. And that to my mind is utter nonsense.
“Why this bureaucratic process that it didn’t go exactly according to the book in terms of reconciliation with an ICC mediator? We don’t need an ICC mediator. So very seriously, we will push on this because somewhere common sense was overruled by bureaucratic process.”
Mani said he wasn’t downplaying the incident. “Unfortunately, somewhere the message to the players has gotten missed, or it hasn’t sunk in, or too much time went by without further refreshing. It is a distasteful comment to make at any level. The sensitivity in South Africa is understandably very high and it was disappointing the captain made that comment – any player but the leader of the team more so.
“Obviously Sarfraz will be spoken to. The whole team will be told that you have to be very careful. It is also a bit of a cultural issue – the word that he used, in Pakistan it would be ignored. That doesn’t mean the culture is right but the tone wasn’t in any way vicious or vindictive.”