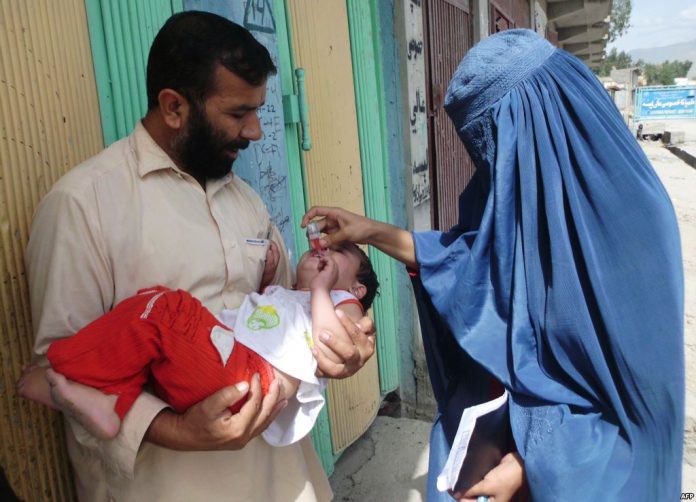 PESHAWAR: An eight-day polio immunization drive kicked off in five districts of Khyber Pakhtunkhwa province on Monday amid tight security.
A total of 59,708 children under the age of five years will be administered polio drops in five districts of the province during the immunization campaign.
According to the National Immunization Database (NID) 3,228 teams of health workers and 6,416 community mobilization teams are taking part in the eight-day drive.
Apart from vaccines, vitamin capsules will also be provided to the children.
According to NID, 568,103 Vitamin-A (Blue) capsules and 4,507,954 Vitamin-A (Red) capsules will also be provided to the children, aged under five years.
Stringent security measures were adopted for the much needed immunisation drive as militant groups often attack polio teams as they see vaccination campaigns as a cover for espionage.