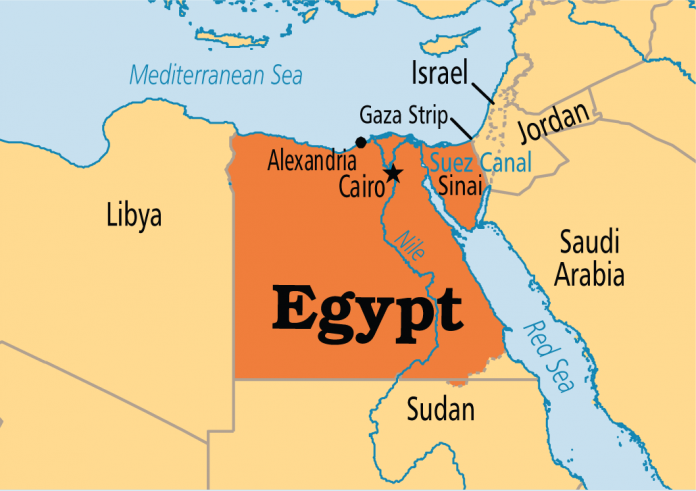 CAIRO: Eight Egyptian soldiers and 14 militants were killed in fighting in central Sinai on Saturday when gunmen carrying explosive belts and grenades targeted a military checkpoint, the army said.
The attack was the largest against Egyptian security forces since President Abdel Fattah al-Sisi won a second term in office last month, promising to work for stability and security in Egypt.
It also came just hours after the country extended a state of emergency imposed a year ago.
The militants attacked the checkpoint at around dawn, an army statement said. Four of them detonated their explosive belts, killing the soldiers and wounding 15 others, it added.
Egypt has been fighting an Islamist insurgency in the northern part of the Sinai Peninsula since Sisi ousted Mohamed Mursi of the Muslim Brotherhood in 2013, after popular protests against Mursi’s rule.
Sisi in November ordered the military to defeat militants in north Sinai within three months, after an attack on a mosque that killed more than 300 people, the deadliest such incident in the Arab world’s most populous country.
The military launched what it said was a major operation against the militants in February, a month before Sisi was re-elected in a vote featuring just one other candidate, a strong supporter of the president. – Reuters