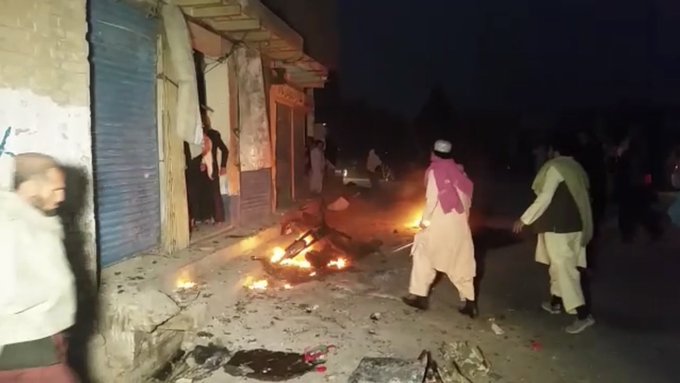 CHAMAN: At least eight people including two Levies officials were injured in a blast near the Levies headquarters in Chaman here on Saturday evening.
The blast took place at Taj Road near the Levies headquarters, confirmed police. Rescue teams were on their way to initiate relief efforts. Police said that a bomb disposal squad had been called to ascertain the nature and impact of the blast.
Police said that explosive material was planted in a motorcycle. The area was cordoned off as police started to collect evidence.