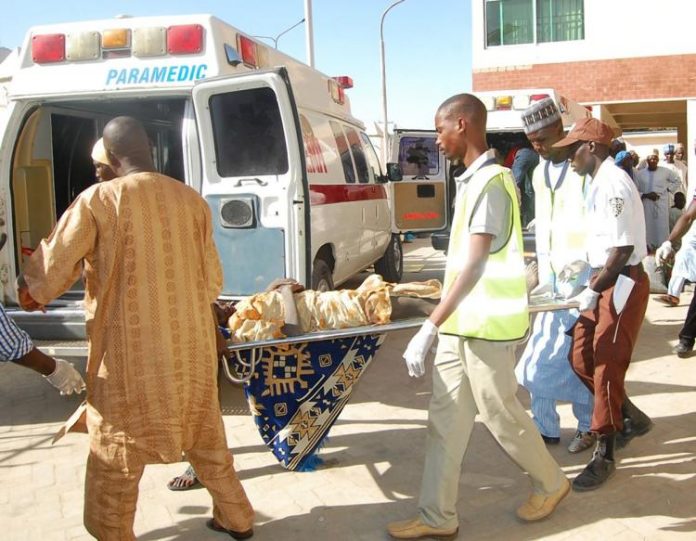 MAIDUGURI, NIGERIA: Eight people were killed Wednesday when a suspected female suicide bomber detonated her explosives in a taxi close to a camp housing displaced people in northeast Nigeria, officials said.
Police said the body of the suspected woman bomber was believed to have been among others found on the roadside in Maiduguri, the capital of northeast Borno state.
It was not immediately clear if she was counted in the official death toll.
“About eight persons lost their lives, 15 injured persons were evacuated to specialist and teaching hospitals,” the National Emergency Management Agency (NEMA) said in a statement.
The early morning attack happened close to a camp that is home to thousands of people who have fled attacks by Boko Haram.
The group has escalated its attacks on neighbouring countries in the region in recent months.
Niger last week held two days of national mourning after 22 soldiers were killed in an attack blamed on Boko Haram against a camp sheltering almost 4,000 Malian refugees.
In Nigeria, a sustained counter-offensive has seen the military retake swathes of territory from the insurgents.
But Boko Haram still poses a security threat to civilians and has attacked vehicle convoys in recent months.
Last month, six people were killed in an ambush on a commercial convoy under military escort in the Sanda district of Borno state, while earlier this year a UN humanitarian convoy travelling by road from Bama to Maiduguri was ambushed.